Out This Week: Daniel Hope and Alex Botvinov release Silvestrov Album on DG 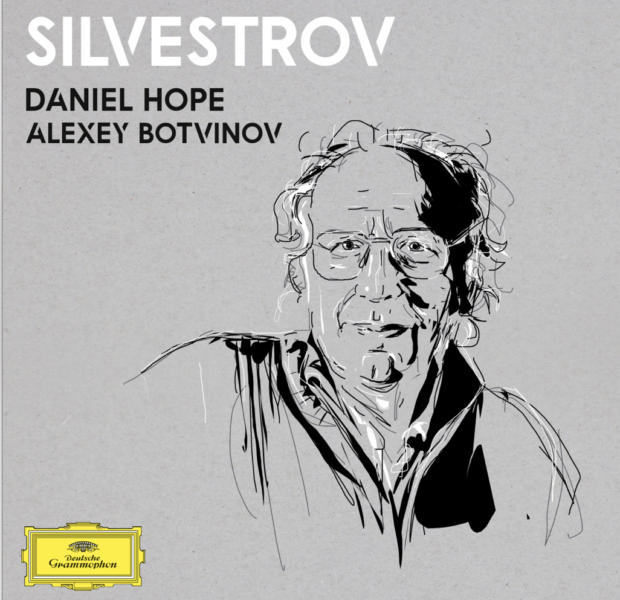 Daniel Hope has been collaborating for eight years with Ukrainian pianist Alexey Botvinov, who serves as Artistic Director of the Odessa Classics Festival, and released an album of the music of Alfred Schnittke with the pianist last fall. For the 2020 festival in Odessa, they had the idea of commissioning a work from Ukrainian composer Valentin Silvestrov, and in his capacity as President of Beethoven-Haus Bonn, Hope suggested the piece be related to Beethoven’s “Pastoral” Symphony in honor of that composer’s 250th anniversary year. The result was Silvestrov’s Pastorales 2020, but because of the pandemic the whole piece has never been performed live. Hope and Botvinov then decided to record an entire album of Silvestrov’s music, and planned a trip to Kyiv in March 2022 for that purpose. The Russian attack intervened, forcing Botvinov to leave the country with his family, and they quickly pivoted to presenting benefit concerts in Germany and recording the Music for Ukraine EP. Silvestrov himself was able to escape the country after Kyiv was bombed, taking refuge in Berlin and finally allowing Hope and Botvinov’s album of his music to come to fruition. As well as the world premiere of Pastorales 2020, the album includes the “Chopin-Augenblicke” from his Zwei Stücke, the three miniatures of 25.X.1893…zum Andenken an P.I. Tschaikowskij, and the Hommage à J.S.B. Hope explains:

“Alexey and I had organised a performance in aid of Ukraine at the Kaiser Wilhelm Memorial Church in Berlin, one of the most symbolic places in Germany. We heard Silvestrov had just arrived in the city and reached out to him. He came to the concert and we played that night for him. Performing his music for this cause, with him sitting in the front row, was a deeply moving experience. … Silvestrov got up spontaneously and made an angry, impassioned speech, which was simultaneously translated from Russian to German. … Then, suddenly, he put the microphone down and walked to the piano. He sat down, saying he would play a piece of music which he had envisaged while he was escaping from Ukraine. This unbelievable beauty, almost a bouquet of sound, came out in direct contrast to his fearsome speech. … I’d always been attracted to Silvestrov’s music. But when you place it in the context of that concert and the images we had been seeing on television! … It changes the way you think, play and breathe this music. It certainly feels different having recorded it now, both natural and painful at the same time.”